dubbing tapes (I am reggae hear me ROIR)

If we're not counting things like Jah Wobble's The Legend Lives On album, or the bonus 12-inch with UB40's Signing Off, then my first proper immersive encounter with dub would have been in the late '80s. I must have caught some on Peel before that. Heard the FX and tricknology at one remove in  postpunk settings or on electro-funk / postdisco 12-inch remixes. Another at-one-remove encounter would have been King Sunny Ade's track on this NME cassette Mighty Reel - seemingly an out-take or offshoot of Juju Music, whose production has a real swimmy dubbiness, apparently introduced by producer Martin Meissonnier.
But proper dub reggae dub? The first things I acquired were a whole bunch of Mad Professor albums, bought in one batch at the Virgin megastore, and some ROIR cassettes I got sent. Among them was a Prince Far I tape featuring this mighty mighty tune -  probably the beginning of true dub love for me, setting me on the "Right  Way" indeed.
And here is the cassette itself. 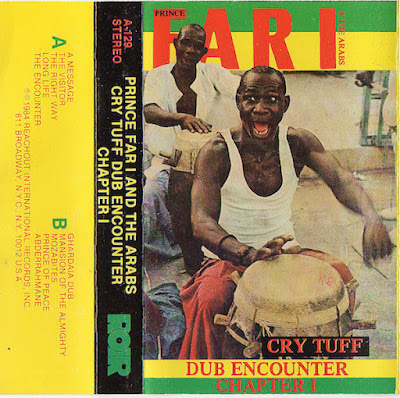 Must have been affection for "The Right Way" and the whole record that made me gravitate towards reviewing this reissue out of a whole batch of first-time-on-CD Virgin Front Line records that came into my possession in the summer of '91. 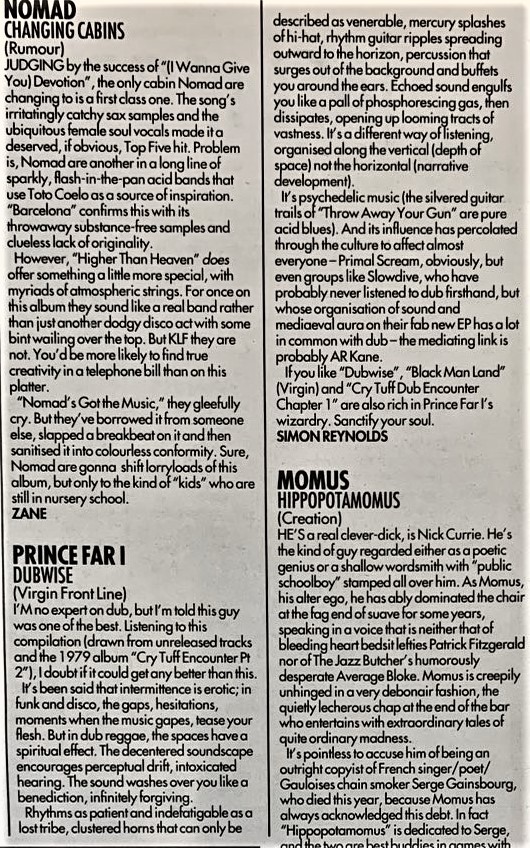 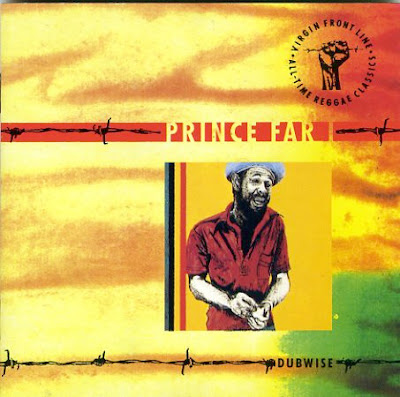 Among the ROIR batch - which included stuff like Raincoats live in NYC, Suicide 1/2 Alive, (with the Lester Bangs sleevenote), early Television etc - there was at least one other dub tape, this collection of Japanese dub - about which I cannot recall much. 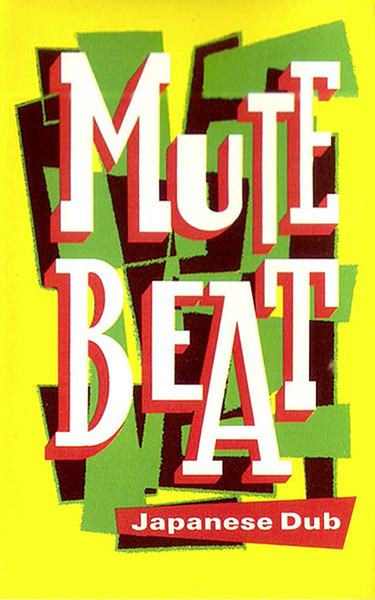 Looking at ROIR's other reggae releases, which are plentiful indeed, a lot of the covers seem familiar, but I'm not sure if that's because I got sent them or just saw them in shops. Some of them do look so familiar from the design that I feel like I must have had them in the house, but no specific auditory memories adhere. 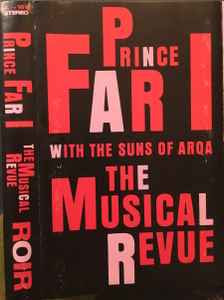 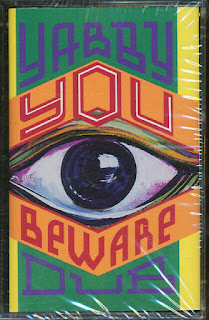 This next one in particular feels very familiar and I think it came with that first batch that included Mute Beat and the Cry Tuff tapes. 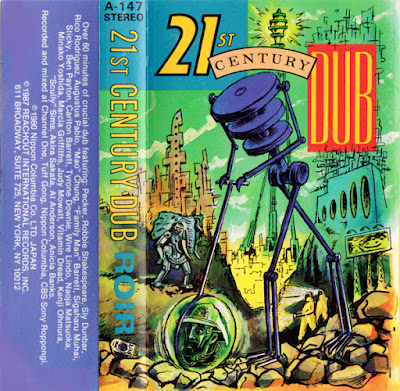 At some point in the early '90s, by this point often visiting NYC for long stays and then full-time living there, I  got friendly with the guy who founded ROIR, Neil Cooper. I was burbling about jungle and he actually offered me some some money to do a jungle compilation. But the amount was too small to pay for tracks, as far as I could ascertain what the going rate for tunes was. At least the type of killer tracks I'd want to have on a scene-representing comp.

Nice guy though, Neil. And he put out some great archival documents on the label. He was a firm believer in the cassette and regarded high-quality chrome as being as good a format as any.  The Prince Far I certainly sounded great.

I believe Cooper's son carried on the label after his passing and it exists to this day, albeit no longer tape-based.

Tapes! I have hundreds of them still and whether through repeat-play cathexis or nostalgia, the sound of certain things on that format often sounds better to me than the CD or digital-file or streaming versions.

In some cases, the advance cassette version sounds better to me than the actual proper vinyl release a few months later, for the simple reason that this is what I fell in love with.

Isn't Anything, on vinyl, has never sounded as good as the advance tape, which had a completely different sequence, a bunch of tunes that were on the Feed Me With Your Kiss EP at the end plus the bonus single for Isn't with the Public Enemy breakbeat and ghostly wavering tones. All shoved together on a C90 in an absolutely glorious surge. The sequence sounds right to me because it's what I listened to in blissed disbelief  over and over and over for a month or so prior to interviewing My Bloody Valentine. 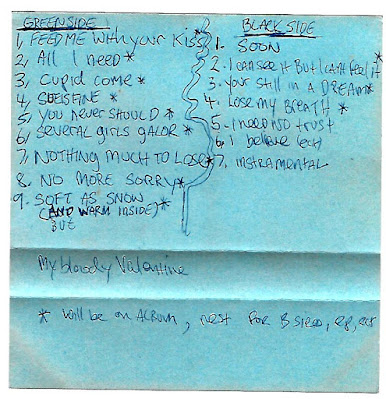 Postscript 10/7 - fuck me I just noticed the first tune of side 2 is "Soon". Presumably a prototype for the "Soon" that would be released 18 months later as the lead track of the Glider EP in April 1990. I have no specific recollection of that track from this Isn't advance tape - but I will give it a listen to see how different it is from the immaculate consummation of the released version

I'm not sure I ever played the vinyl Isn't Anything more than a few times. It just didn't sound right. Everything was in the wrong order. The sound was cleaner and more picked-out. I preferred the lesser-fi blur of the cassette - more amorphous.

So there's tapes like that I've kept. (Also advances of things that were never released at all).  And then there's all the mixtapes made by friends that you get attached to. And your own mixtapes made for parties or long-car journeys, that ended up getting a lot of use. Then there's another category of comp, which is the sort of seasonal round-up type of tracks in a genre you've bought recently. Taped really just to save the bother of getting up repeatedly to put a succession of jungle or speed garage 12-inches on the deck. These capture a moment in the genre nicely.

So this is why I have not simply chucked all these tapes on the dustbin of format history -  even though  when it comes to it, practically speaking, if I want to hear a tune I'll go straight to YouTube or a streamer. I can't quite bring myself to toss them out.  It's sort of one or two levels below taking your pet to the vet to be put to sleep. No, it's not a living thing, but a once-beloved, much-played tape is saturated with cathexis. The cathexis of effort spent (your own or your friend's, or an acquaintance's) in the assembling of said tape. The cathexis of repeat-listening in an era when music was still relatively scarce and wasn't on tap, in an instant, like it is today, so the relative convenience of the self-made compilation or the friend-made collection was invaluable.

Plus you never know, do you?  The internet may collapse, streamers may go out of business, some kind of unanticipated digital corrosion might render the compact disc compilations and CD-singles unplayable... you may someday need the analogue repositories, the vinyl and the cassettes, to hear the things you want to hear. 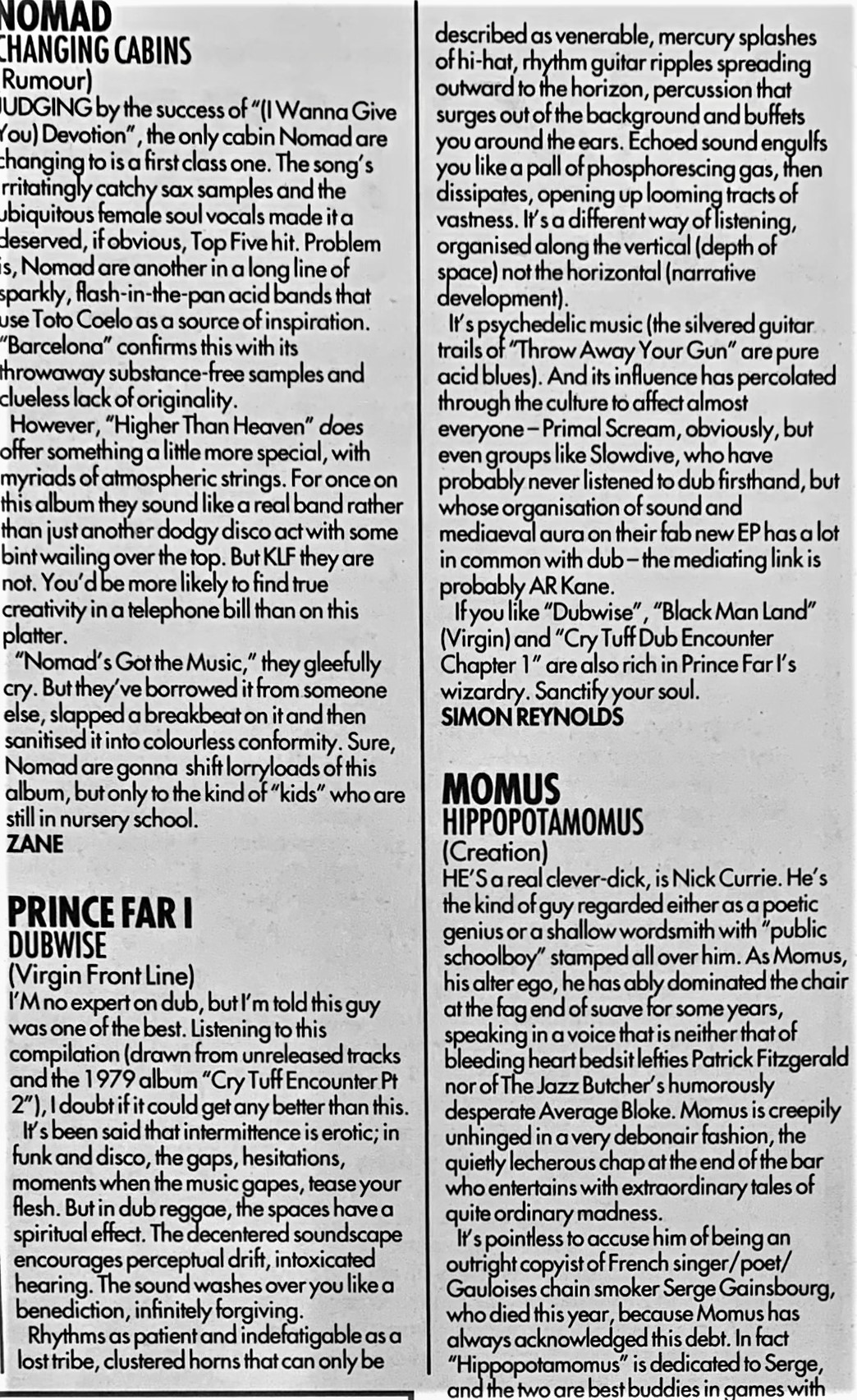 Posted by SIMON REYNOLDS at 1:58 PM