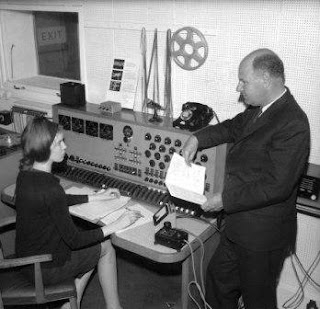 
The story of the Radiophonic Workshop is well-known nowadays, from Doctor Who and the driven, increasingly dotty Delia Derbyshire to John Baker's tape-editing triumphs and troubles with the bottle. Strangely, though, there's been little real assessment of the Workshop's output: what it represents as a musical legacy, whether it really works outside its context as "special sound" for radio and TV. If you ask FX wizards Brian Hodgson and Dick Mills, they'll say that the atmospheres and noises they created were never meant to be heard as stand-alone aesthetic objects. Yet an ever-growing Radiophonic cult, myself included, can happily while away hours listening intently to such sound-splinters.

By necessity rather than design, the Workshop's aesthetic was miniaturist and non-imposing, a world away from the ambitious scale and expressive intensity of their musique concrete and electronic counterparts in Europe. On the new 50th Anniversary Retrospective, few of the 107 tracks last longer than two minutes; many are less than a minute; one is just 10 seconds. Yet just like The Residents's Commercial Album, the constraints of being ancillary to TV and radio productions distil the Workshop's creativity into intense flavor-bursts of emotion or eerieness. It also means that inspired ideas seldom stick around long enough to develop or even revolve to reveal different facets. 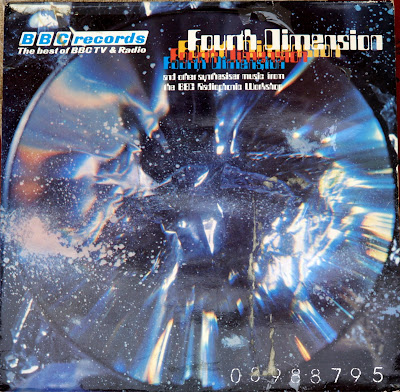 Listening to Disc 1 of Retrospective and to the re-reissued and essential early compilations BBC Radiophonic Music and The Radiophonic Workshop, it becomes clear that the gold here is the least conventionally "musical" stuff, the mood-tints and abstract ambiences. Ironically, it's the most background-oriented material that works as forefront-of-attention listening, as far as the modern ear's concerned. The radio jingles and program themes are charming and witty, but, like similar efforts by Joe Meek or Raymond Scott, what you hear underneath the timbral patina of once-startlingly-Space-Age, now delightfully-quaint electronic a are fairly conventional melodic ideas and rhythms, plus an emotional spectrum running from sprightly to wistful to wacky. Rather than the Workshop's tunesmiths, it's the musically untrained soundsmiths, like Hodgson , Mills and Workshop co-founder Desmond Briscoe, whose ingenuity spars with the conservatory-educated boffins of Princeton-Columbia or WDR, while also pre-echoing the Nineties twilight-zone techno of Aphex Twin or The Mover. Highlights on Retrospective, much of which has never been available before, include Briscoe's Quatermass and the Pit effects (the cries and whimpers of a lovesick pterodactyl), Phil Young's "The Splendour That Was Rome" with its decaying fanfares and amphitheater-echoey tympani, and the enchanted chimes of Maddalena Fagandini's "Ideal Home Exhibition". 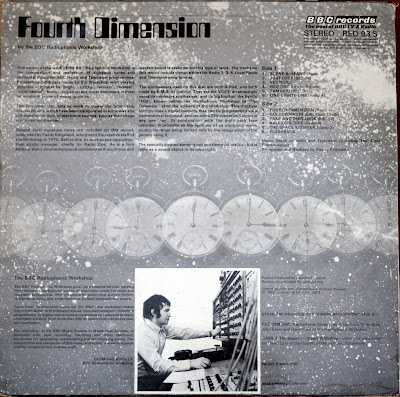 Moving into the era of MIDI and Fairlight, Retrospective's second disc is a mixed bag: not an absolute wasteland, as Workshop afficianados often regard the Eighties, but too often dated in a resolutely charmless way. Something about the new digital technology seemed to encourage florid, fiddly excess: occasionally amusing (the Tomita-like synthification of Saint-Saens by Peter Howell on "Fancy Fish") ,too often a nasty blend of dinky and pompous (Paddy Kingsland's "The Whale", uncomfortably reminiscent of Macca's "The Frog Chorus"). While one accepts compiler Mark Ayres's desire to do the right thing and display the full historical span of the Workshop's output, you can't help secretly wishing he'd done post-1980 more cursorily and dedicated more of the second disc to the golden age of ring modulators and razor blades. 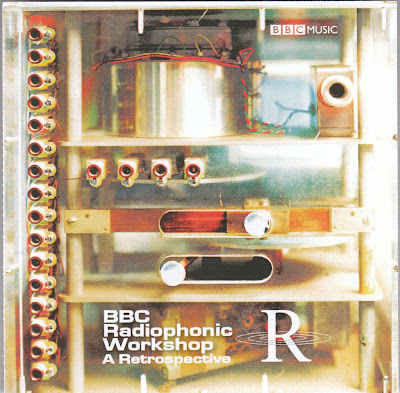 Posted by SIMON REYNOLDS at 8:45 AM No comments: