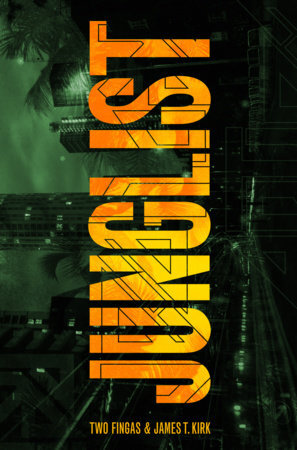 JUNGLE EMERGES: A Flashback to 1993

Years before Roni Size and LTJ Bukem became international hipster favorites, jungle was banished from the media limelight. To identify yourself as a "junglist" in 1993 meant you belonged to an outcast tribe, a scene feared by most London clubbers as a sinister underworld populated by speed-freaks and baby-gangstas. Born out of rave's Ecstasy-fuelled fervor, the music had mutated, under the influence of bad drugs and the desperation of the recession-wracked early Nineties, until it was too hard, too dark, and too black for most people to handle.

The emergence of jungle has everything to do with drugs. Its frantic breakbeat rhythms evolved because ravers buzzing on too many E pills and amphetamine wraps craved beats as hectic and hyper as their own overdriven metabolisms. The music's bad-trippy aura and disorientating FX simultaneously reflected and exacerbated the paranoia induced by long-term stimulant abuse. 1993 was the year of "darkside", a crucial transitional phase between hardcore rave's hands-in-the-air euphoria and jungle's guns-in-the-air menace.

"The production played tricks on your mind, " enthuses Two Fingas, co-author of the pulp novel Junglist, talking about twilight-zone jungle classics like Boogie Time Tribe's "Dark Stranger" and Origin Unknown's "Valley of the Shadows". "Darkside freaked out a lot of people, especially those still in the Ecstasy haze--because on E there's no distance between you and the music. Darkside was just evil, evil music--and that was good. Cos it got rid of the lightweights, to be honest".

One of the first all-jungle-DJs raves, Jungle Fever, went out of its way to scare off fans of happy rave and fluffy house, theming the venue with tombstones, coffins, and Gothic statuary. But the classic darkside moment in jungle mythology is an infamous inccident at a rave called Telepathy, where DJ Rap unwittingly played 4 Hero's "Mr. Kirk's Nightmare"---a song in which a father is informed about his son's fatal overdose--just seconds after a boy was knifed on the dancefloor.

Stabbings and muggings, friction and tension.... Many blamed the shift from rave's smiley-face glee to jungle's skrewface scowl on another drug: crack. After all, who else but rock-smoking fiends could possibly enjoy such insanely frenetic beats? Joe Wieczorek, owner of the hardcore rave club Labrynth, claims "the early dark jungle, you might as well call it crack music. There's nothing worse for a raver than being somewhere he doesn't feel safe, and if there's fifty rock-heads in the club, it's going to frighten the life out of you." But although there was a spate of anti-crack tunes like DJ Ron's "Crackman On the Line" in 1993, others reject the linking of jungle and crack as a crypto-racist slur.

If any substance has a claim to be the true junglist's drug, it's marijuana-- especially the hydroponically-grown ultra-strong weed known as skunk. An archetypal tableau in any jungle club is a group of boys stood in a huddle "building and burning." One youth clasps his hands together, fingers interlocked, and upturns the palms to form a flat surface for his friend to build a massive spliff on; in a crowded, jostling club, it's the only way to roll. Another friend leans close to block off the sight-lines of any security guard in the vicinity. "Burning"... well, that's self-explanatory. Marijuana is the reason jungle basslines started to run at reggae tempo, exactly half the speed of the accelerated breakbeats, thereby allowing dancers to skank rather than rave. And marijuana is why the nudge-nudge wink-wink references to E in tracks were gradually replaced by roots reggae samples exalting ganja, sensimilla and herb.

Jungle wouldn't exist without two black musics that also worship sub-bass and the chronic that intensifies the low-end boom: hip hop and reggae. The life arc of DJ Hype, founder of the labels Ganja and True Playaz, is typical. A white working class boy from the desolate East London borough of Hackney, Hype spent the Eighties playing on a reggae sound-system and competing in hip hop cut'n'mix contests. By 1990, he was spinning house on pirate station Fantasy FM and recording brutal Euro-techno anthems as The Scientist. Jungle is the only-in-London amalgam of all these different imported sounds, and crucially it was a collective invention. " I always say, we are the foundation, because there's no one record, no single DJ, no specific club, where jungle started," Hype declares.

If you wanted to pinpoint the emergence of jungle, though, one contender is the moment at the end of 1992 when tracks like Bodysnatch's "Just 4 U London" and Code 071's "London Sumting" hit the pirate radio airwaves. "That it's-a-London-thing stance, I always took as this-is-a-black-thing, y'know," says Two Fingas. "London has the biggest black population in Britain". It was black fashion that shaped jungle's style spectrum, which ranged from hip hop-influenced "ruffneck soldier" minimalism (puffy MA1 and MA2 flight-jackets, namebrand sneakers, baggy pants) to dancehall-reggae derived ghetto fabulous flashiness. At the ragga-dominated raves like Sunday Roast and Desert Storm, the 80 percent black British crowd "larged it" VIP style--the men flaunting Versace and Moschino, gold sovereign rings and bottles of champagne; the women flexin' their abdomens and winin' their waists in their skin-tight "batty rider" shorts, micro-skirts, bustiers, and thigh-high boots.

As well as changing the way people moved on the dancefloor, the ragga influence was decisive in another area that sealed jungle's break with house and techno: the crucial role of the MC. "Girls sticking their asses in the air and a MC really working the crowd, getting them to hold their lighters up and blow their horns to get the DJ to rewind the track." is how Lee Billingham, aka DJ Bo!ne, recalls his first encounter with jungle at the South London club Lazerdrome.

"I loved the whole 'selector! wheel-and-come-again!' , rewind thing," says Two Fingas, another Lazerdrome regular. The democratic way in which the audience controlled the DJ via the MC, he argues, is part of jungle's renegade blackness--its participatory, call-and-response ethos. "As the jungle MCs like GQ, Det, 5-0 and Moose took on the Jamaican patois thing, they became more than crowd motivators, they were vocalizing what the massive was feeling, connecting you with the music more intensely, and adding a lyrical element to this largely instrumental music. There's an ephemeral, magical quality to the MC chants--especially on the pirate radio stations, they'd just go off on one, creating stuff on the fly."

It's the pirate radio stations that are the real heroes of jungle's story--they kept the vibe alive in the scene's early, pre-breakthrough phase. London has dozens of these illegal radio collectives, gangstas of the airwaves who broadcast from the top of towering apartment blocks and engage in a constant, quasi-military struggle to survive not just governmental suppression but the skullduggery of rival stations who'll gladly steal their pirate brethren's transmitters. Legend has it that one outfit, Rush FM, turned the derelict upper floors of an East London block into a fortress so impregnable that the DJ's had to rappel up the side of the building to reach the studio. They sealed the stairwell entrance with concrete, hollow metal tubes pumped with ammonia gas, and a wire connected to the electrical supply. When local government officials attempted to drill through the barricade, they hit the live wire and an electric spark ignited the gas, exploding the concrete and showering the workmen with shrapnel.

Yet for all its militancy and moodiness, jungle seethed with "a fierce, fierce joy", as convert Bjork put it. The speed of the music was crucial, as if you could somehow ride its future-rush, achieve escape velocity, and smash through to a brighter tomorrow.

"The breakbeats were so fast and chopped up, your body wanted to be pulled in twenty different directions at once," recalls DJ Bo!ne of his baptismal experience at Lazerdome. "Me and my mates just looked at each other, jaws dropped, and were, like, 'This is mental!!!!"."

Says Two Fingas: "Anyone can be a junglist, but for me, it's part of having a black spirit. Jungle is about getting sweaty and having a religious experience on the dancefloor. It can feel like the Holy Spirit is moving through you."

I was a naive and innocent teenager living in London in the first half of the nineties. I got sucked in to the culture via the dozens of pirate radio stations on the FM dial at the time.
There was an inherent magic about the music and its culture. The energy those crazy chopped up amens and breakbeats gave were out of this world, I can’t think of anything that influenced me so much since those honeymoon days.
It was the sub bass that was so hypnotic and packaged all the diverse elements together.

It felt so edgy and it was so influential because of so many musical influences, there was this huge variance of musical styles and ideas mixed and mashed together in a non conforming way. The sum was always greater than its parts.

Growing older has given me a more critical ear but if I listen to the music of that era, the part of its embrace was the melding of all these musical fragments and styles that was so unconventional, new sounds came out of all these combinations of styles that tradition probably would have frowned upon.

To this day I am still fascinated how the Akai sampler and analogue gear of the time made that sound especially on the amen breakbeat. A producer’s limited budget set up in those days was so primitive compared to today yet if you hear the drum programming patterns on jungle, it was so creative.
The amen got sampled and played with so many times it mutated and evolved. There was a very characteristic timbre to these sounds that you can’t fully appreciate unless you compare it to most newer d’n’b. After the nineties everything changed.

Real life got in the way of my passion for the music and I moved on to an extent but this music will always be in my heart. Many tracks didn’t stand the test of time but the tracks that are timeless reinforce themselves more and more as the decades pass!

re stuff not passing the test of time

it's odd, the more i listen to the old stuff, the more i can hear musicality - often a kind of insane, deranged musicality - in even the things that are very crudely assembled and have very cruddy lo-res sound quality by today's standards

but also it just crackles with the Zeitgeist, so even the third-division tunes and throwaways are infused with the spirit

certainly there is a creme de la creme of first-rank operators (Reinforced, Moving Shadow, etc) where it so patently the most advanced and sophisticated music of its era, as much for what's happening with melody and harmony and smearings of tonality as it is for what's happening in the bass and the drums