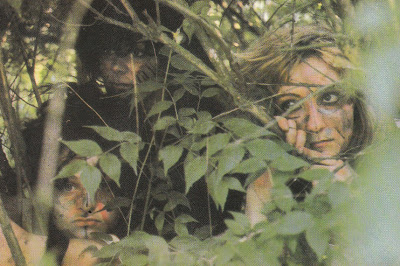 I remember very clearly the first time I heard Cut – it was the summer of '79, I was staying at my aunt's in the Yorkshire Dales, and I'd sneaked off to listen to The John Peel Show. The tracks – ‘Spend, Spend, Spend’ and ‘Newtown’ – sounded incredibly eerie and ethereal, partly because of the tatty, trebly transistor radio through which I heard them, but mainly because it was my first exposure to dub-wise production.

A few weeks later, Cut became the second album I ever owned. As with other records from the days when my collection was in single figures (like PiL's Metal Box), Cut's every rhythm-guitar tic and punky-dread vocal inflection is engraved in my heart.

As a just-missed-punk 16-year-old, I'd first encountered The Slits' name in a Melody Maker profile of Malcolm McLaren. After losing control of the Pistols, McLaren was offered the chance to manage The Slits and briefly schemed to make a wildly exploitative movie in which the girl-band go to Mexico, find themselves effectively sold into slavery, and are turned into porno-disco stars. Thank God, The Slits slipped out of McLaren's clutches. He went off to make skin flicks in Paris, and The Slits made Cut – one of the greatest albums of the post-punk era, alongside Metal Box, Gang Of Four's Entertainment and The Raincoats' first two records.

One of rock criticism's minor dissensions is which version of The Slits is better – the untamed, untutored rumpus of their early live gigs versus the tidied up, punky-reggae studio-Slits with dub wizard Dennis ‘Blackbeard’ Bovell at the controls.
As exciting as the 1977-78 John Peel Sessions indisputably are, The Slits sound infinitely better after they fell in with Bovell, Budgie took over the drumming (following original sticks-woman Palmolive's departure for The Raincoats), and they acquired some basic chops. On the Strange Fruit CD of those Peel sessions, you can hear the embryonic glory of Cut, but the raw tumult is closer to heavy metal bludgeon than punky-reggae sway.

Compounding the taboo-busting frisson of the band's name, Cut's cover is a confrontational classic: mud-smeared and clad only in loincloths, The Slits strike bare-breasted Amazon poses and defiantly out-stare the camera's gaze. The backdrop is a picturesque, bramble-strewn English cottage – as if to say, ‘We're no delicate English roses’. The back-sleeve has Ari, Viv and Tessa daubed in warpaint, lurking in a bush. The music and lyrical stance is just as fierce, kicking off with two jibes at punk rock machismo, ‘Instant Hit’ and ‘So Tough’ (the latter namechecking a "Sid" and a "John"). Everything great about The Slits is instantly audible in these songs: the itchy-and-scratchy rhythm guitar, the revved-up but rootsical basslines, Budgie's clackety rimshot drums, and, above all, the strange geometry of the clashing and overlapping girl-harmonies. Ari Up's harsh Teutonic accent makes her sound like a guttersnipe Nico, on sulphate rather than smack.

‘Spend, Spend, Spend’ is where Bovell's dub-wisdom makes its presence felt. It's desolate dirge-skank, all sidling bass and brittle drums. Ari's portrait of a shopaholic is truly poignant as she tries to "satisfy this empty feeling" with impulse-purchases. But if ‘Spend’ is woman-as-consumerist-dupe, ‘Shoplifting’ turns this on its head, imagining petty theft as proto-feminist insurrection: "We pay fuck-all!" Oi!-meets-Riot-Grrrl backing vocals urge, "Do a runner! Do a runner!", and the music – surging, spasming dub-funk – does exactly that as Ari unleashes an exhilarating scream of glee-and-terror, then collapses in giggles with the admission: "I've pissed in my knickers!"

The sombre ‘FM’ critiques the mass media. Ari's protagonist wonders, "What's feeding my screams?", and describes radio transmissions as "frequent mutilation... serving for the purpose of those who want you to fear". ‘Newtown’ is an Irvine Welsh-like vision of a society based around addiction and surrogate-satisfactions, drawing a disconcerting parallel between the cathode-ray junkies "sniffing televisiono, taking foot-ballino" and The Slits' own bohemian milieu numbed-out on illegal narcotics. The jittery, scraping guitar mimics the fleshcrawling ache of cold turkey, while dub-FX of dropping spoons ram home the analogy. 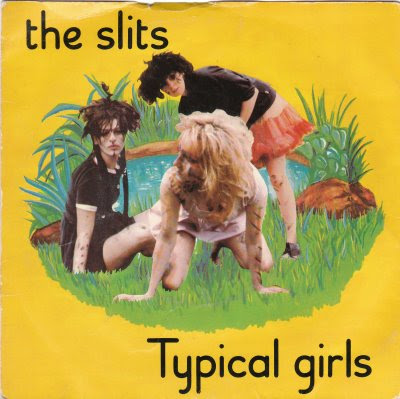 ‘Typical Girls’ – the only single off Cut – was The Slits' manifesto, a mocking diatribe against the non-punkette ordinary girls who "Don't create/don't rebel" and whose heads are addled with women's-magazine-implanted anxieties about "Spots, fat, unnatural smells". With its cut-and-dried, programmatic critique of conditioning, ‘Typical Girls’ is the closest The Slits got to the 1979 agit-funk bands. But unlike, say, The Au Pairs, The Slits sound riotous rather than righteous. 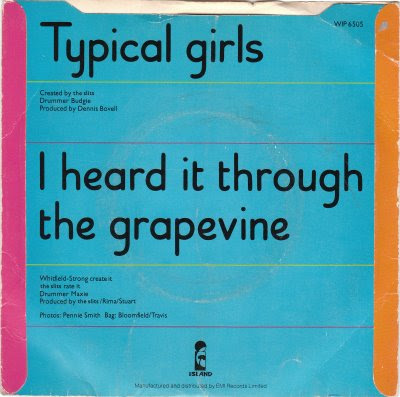 After Cut – 32 minutes of near-perfection that ends with the touching if slight ‘Adventures Close To Home’ – The Slits went all earth-mother feminist and tribal conscious. 1981 saw the belated sequel to Cut: the African-influenced Return Of The Giant Slits, whose off-kilter meters and cluttered soundscapes make it a poor cousin to The Raincoats' mistress-piece, Odyshape.

But, by '81, the post-punk zeitgeist had shifted to New Pop. String sections, suits and synths were de rigueur; anything that smacked of bohemian withdrawal from the mainstream was lambasted as punky-hippie defeatism. The Slits scattered: Ari Up became a fully-fledged Rasta, settled down and had babies; Viv Albertine eventually worked in TV; Tessa got into martial arts.

Although The Slits' attitude was clearly a crucial ancestor for Riot Grrrl and its UK chapter (Huggy Bear et al), the question of their musical legacy is more elusive. 1979-81 post-punk experimentalism – death-disco, agit-funk, ‘John Peel bands’ – is one of the great neglected eras of modem music.

Maybe, when people tire of Britpop's Sixties new wave tunnel-vision, that period will be rediscovered. But so far I've only ever encountered one band who cite The Slits as an influence: New York's goddess-and-Gaia-obsessed pagan funkateers, Luscious Jackson. Singer Jill Cunniff declared: "There was a time when The Slits were the epitome, the ultimate, the coolest of the cool. They were everything I wanted from life."

I second that emotion. 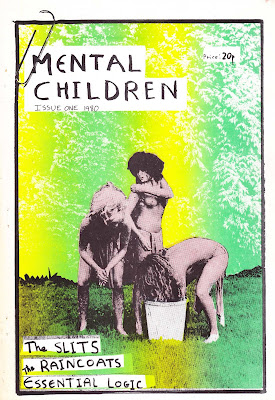 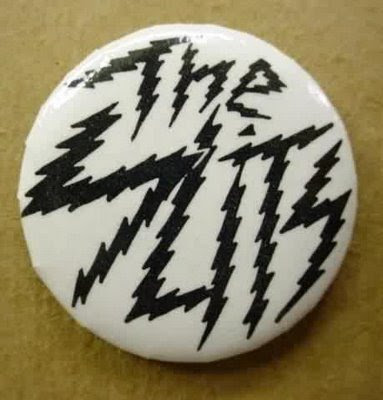 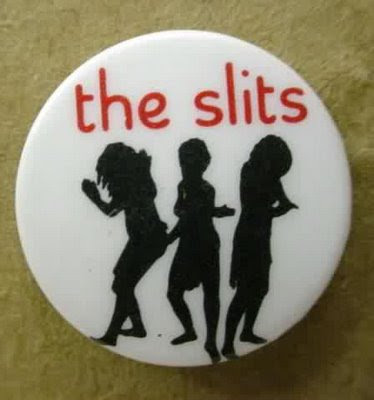 Posted by SIMON REYNOLDS at 6:12 PM