So it is revealed that KW originally wanted to give his 2018 album Ye the title  Hitler. Which inevitably brings to mind David Bowie's "I think I might have been a bloody good Hitler. I'd be an excellent dictator" comment from 1976. Here below is a review of Pablo where I do the West / Bowie comparison.

But first, crikey, look here's a piece from 2011 on Kanye comparing himself to Hitler! Apparently at the Big Chill Festival, he said this to the audience: "I walk through the hotel and I walk down the street, and people look at me like I’m ... insane, like I’m Hitler. One day the light will shine through, and one day people will understand everything I ever did." The LA Times journo consults a psychologist and psychiatrist, who posit plausibly that "For Kanye West to compare himself to Hitler in that way, it suggests a certain level of narcissism. To empathize with someone responsible for the deaths of millions of people, it can indicate a lack of sensitivity to how other people are going to feel about your comments. And, again, it can be a sign of narcissism.’ and ‘Kanye West’s referencing of Hitler is about narcissism and identifying with people in positions of power."

Not that you need professionals to diagnose narcissistic personality disorder - you just have to listen to the records. 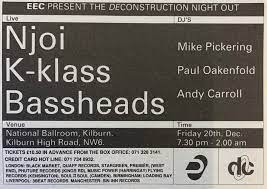 Posted by SIMON REYNOLDS at 10:10 AM No comments:

The only explanation is that a lot of people didn't realise how angry and alienated they really were. Once in a blue moon, a group comes along and fits the zeitgeist like a glove; right now that group is Nirvana. With its oscillation between rage and resignation, its lust for revolution that's immediately crippled by bitter irony, 'Smells Like Teen Spirit' is an 'Anarchy In The UK' for the twenty something generation. Nevermind is a glimpse into the collective unconscious of this blankest of generations, whose fury festers implosively, whose idealism is blocked or dissipated, because neither impulse can find a constructive outlet.
The cover of the LP says it all in a single image: a naked infant swimming through uterine waters is lured to the surface by a dollar bill on a fish-hook. Nirvana say: don't do it, kid! Leave your blissful brine for this corrupt world, and it'll be the first and worst mistake of your life.
Nirvana are timely in another sense. After a year in which groups have washed all over you in an increasingly bland, received simulation of ravishment, it feels mighty good to hear something based around distinct riffs, open-throat haemorrhage, aggression. The Scene groups' strategy of evading reality by evaporating into dreamtime ether had its virtues; right now, confrontation seems more appropriate than transcedence. Next year, a chasm will open up between the new hard rock/neo-punk and the experimental avant-vanguard (Papa Sprain, Main etc.): The Scene will simply disappear down this rift. If nothing else, Manic Street Preachers will have had a John The Baptist function, clearing a path for the arrival of Britain's own Nirvana.
Like The Stooges' Funhouse or Black Flag's Damaged, Nevermind turns impotence into raw power, inertia into frenzy, bewilderment into single-minded focus. All this and the prettiest, most plaintive melodies this side of 'Doolittle'. If I was 17, I reckon Nirvana would be the fulcrum of my universe; a decade after the fact, they still seem like a pretty accurate description of what's goin' on.
But tonight, Nirvana don't quite happen. Perhaps they're drained by the whirligig of their whirlwind success. I can't quite figure out what's missing. If anything, the sound's too good, replicating the high-gloss rawness of the album, but too cut-and-dried. Nirvana should be this swarming, organic murk. But only intermittently do they find their groove.
All the interruptions don't help. Within songs, Nirvana have the best grasp of dynamics since prime Pixies; as a set they're all fitful faltering and hiatuses of tomfoolery. The first time round, the Vic Reeves-ish skit of having men in white suits come onstage to dust down their gear for blood and saliva is pretty funny. By the third time, the joke's wearing pretty thin. By the time Chris Novoselic is explaining the joke (far from being sloppy slackers, they're 'anally clean, white glove types'), it's threadbare.
When they do shake off the sluggishness, stop goofing around, and hit their stride, Nirvana are magnificient. The feral boogie punk of 'Breed' is a real coition ignition machine. Then there's the despondent rampage of 'On A Plain', a slew of gut-pummelling Bleach era monsters, a blazing 'territorial pissings'. By the last encore, you feel Nirvana are finally unleashed, ragin' full on; at the climax, drummer David Grohl inserts his head in the bass drum, and wanders offstage crowned by his own drum kit, a sublime feat of buffoonery that for once feels like a ironical parenthesis.
Overall, though, I got the sense that Nirvana, wary of their sudden enormity, feel perversely driven to deflate their own importance. At the moment they're uncomfortably poised between their Sub Pop slob-rock past and their future rock godhood. They seem embarrassed and bemused, it's like their boots are too big for them. Did they seize the time with 'Smells Like Teen Spirit' or did the time seize them? Whatever, power's there for the grabbing. I hope they take the bait.

Posted by SIMON REYNOLDS at 1:22 PM No comments: