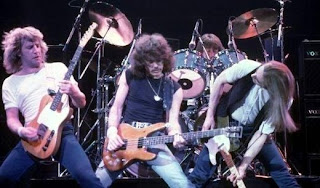 As a Brit who spends a lot of time in the U.S., I could hardly fail to notice the scathing scepticism of American hipsters when it comes to my country's rock exports. According to the fanzine-led, Anglo phobic consensus, British bands are either videogenic art-school clothes horses, or conceptually overdetermined, stillborn music press offspring. Joe Carducci's Rock and the Pop Narcotic is the Mein Kampf of this nativist sensibility; the Archie Bunker-esque vituperation of his "there's not a goddamn thing going on in the rhythm section!" could be the clarion call for all of those who'd like to drive haircut nonrock from these shores.

Actually, my heart does not exactly swell with patriotic pride when I see Jesus Jones, Billy Bragg, and Siouxsie and the Banshees in the U.S. college radio top ten, but my suspicions are raised by the handful of Limeys exempted from fanzine scorn: the Mekons, Billy Childish (both, interestingly enough, of meagre significance in the U.K.), and above all. Teenage Fan Club, who seem to have been granted the status of honorary Americans. Not entirely surprising, since Teenage Fan Club began as a totally Americanophile proposition. Looking for a way to escape British self-consciousness, envious of U.S. bands' slackadaisical lack of calculation, Teenage Fan Club took their cue from J Mascis's dazed-and-confused demeanour and rehabilitation of early '70s grunge. They promptly wrote ‘Everything Flows’, a zen apathy anthem that instantly surpassed Dinosaur Jr’s' ‘Freak Scene’ in the indolence-as-route-to-nirvana sweepstakes.

TFC's Neil Young fetish, dressed-down image ("I don't fucking care/What clothes you wear/You're still fucking square," they sang on ‘Everybody's Fool’), and self-deflating flippancy were guaranteed to appeal to Amerindie sensibilities. There's added kudos, too, for being one of the few U.K. bands not to succumb to rock/dance crossover fever. But these cross-currents of Anglophobia/Americanophilia get real tangled on their new album Bandwagonesque. Partly because of its, ahem, tributary relationship to Big Star (an American group, sure, but Beatles fetishists), and partly because it's almost a concept album. Like Urge Overkill's The Supersonic Storybook, Bandwagonesque makes ironic play with the idea of being a Big Rock band. Sonically, it harks back to a time when ragged, raucous rock 'n' roll was what sold in the pop marketplace, when it was riffs, not samples, that made teens squeal. In Teenage Fan Club's case, the sound of their early-to-mid-'70s adolescence doesn't mean Cheap Trick or ZZ Top, but Status Quo, the Faces, twilight Stones, Mott the Hoople, T. Rex, and Slade. Even the manufactured pop of the Sweet and Gary Glitter rocked heavier and raunched harder than anything in today's U.K. chart.

In a British music scene still trammeled by postpunk prohibitions about the limits of permissible sound, the aching, bluesy graunch of the 1990 debut, A Catholic Education, felt like the return of the repressed. The instrumental ‘Heavy Metal’ plunged deep into outlawed zones of bad-ass boogie; when TFC kickstarted their recent CMJ showcase at the Marquee with this divinely turgid number, sideburns spontaneously sprouted on my cheeks. While nothing on Bandwagonesque is that hirsute, the album does exude a powerful sense of a band playing from the hips. But for all the music's grinding grunginess, vocally, TFC couldn't be further from the testosterone-drenched gruffness of bastardized blooze. TFC still have residual hereditary links to the UK's 1986 ‘cutie pop’ aesthetic (think K Records, think a eunuchized Beat Happening). And like a recessive gene, the cissy vocals and drippy melodies of singer/guitarist Norman Blake's previous band, BMX Bandits, have re-emerged with a vengeance on Bandwagonesque.

So ‘The Concept’ shuttles between sugar-coated verses and a four-square stomping riff that brings to mind Tom Robinson Band's ‘2-4-6-8 Motorway’. This is no coincidence, as the song is a tribute to a female metal fan who likes Status Quo (perennial purveyors of lacklustre boogie to the denim-clad hordes of provincial England) and hangs around tawdry minor-league bands for a taste of transcendence. The song's sway-along, scarf-waving coda with its crestfallen, swoony harmonies midway between ‘Hey Jude’ and the Bay City Rollers, is the loveliest moment on Bandwagonesque. Rock 'n' roll fandom resurfaces in ‘Metal Baby’, as does the chugging boogie stomp. (Not content with that, that riff reappears on ‘What You Do To Me’: creative thrift taken to a new extreme.) A portrait of a girl who's "not the sort of person who's driven white as snow," and "who drank her perfume when I didn't want to go to the heavy metal show," ‘Metal Baby’ is strangely pitched between poignant and patronising. Another double-edged girl-song, ‘Sidewinder’ gushes cloying devotion ("when you're ticking. I'm your tock") only to be abruptly undercut by the deadpan chorus "then again, you're just a fuck."

Still, these acrid undertones are sorely needed at times, to mitigate against the sickly soppiness. ‘December’ is a fey, honey-dripping exercise in Chiltonese, ‘Guiding Star’ is the Jesus and Mary Chain attempting to write a Number One single for the Christmas of 1974, ‘Star Sign’ degenerates, after a glassy ominous intro, into lily-livered Byrds-by-rote anemia. It's almost as though TFC got too much of the grunge out of their systems with The King, the contract-busting album that allowed them to jump from Matador to DGC: a suite of shoddy, slapdash instrumentals with at best the dubious diehard appeal of Arc, the third, all-feedback disc of Neil Young’s Weld. Mostly, though, the balance between grit and goo is upheld precariously, in the spirit of the album's patron saint/principal creditor, Alex Chilton.

Rock has always progressed by bringing new twists to old ideas (as TFC put it, any music that's totally original is invariably totally unlistenable). In recent years, that's meant redirecting attention to forgotten or forbidden options from pop archives. In 1991, the state of the art has involved bands making interesting play with their record collections; Teenage Far Club have as captivating a take on theirs as anybody.

With their first single, ‘Everything Flows', last year, Teenage Fanclub's grinding raunch and bluesy solos announced that here at last was a British group unafraid to 'play from the hips’. Their debut album, A Catholic Education, was even more deliciously heavy, most notably on the instrumental track 'Heavy Metal': seven minutes of atavistic boogie that conjured up visions of Seventies bands with straggly sideburns and lank, greasy hair.

But only a few years earlier singer/guitarist Norman Blake and guitarist Raymond McGinley were making music that was the complete antithesis of Teenage Fanclub's gritty rock 'n' roll. They were involved in the Scottish branch of the late Eighties 'shambling' scene, combining an aura of childish innocence with Sixties-based 'perfect pop' and shambolic guitar noise. As well as McGinley's group, The Boy Hairdressers, Blake played in a band called the BMX Bandits, which took the genre's contrived naivety to the outer limits of twee.

Teenage Fanclub was a complete reaction against the shambling style. McGinley says that the turning point was hearing American indie bands such as Sonic Youth and Dinosaur Jr: "They showed it was OK to play guitar solos and rock out." There was a natural progression, Blake adds, from being influenced by The Byrds, to listening to Crosby, Stills, Nash & Young, to discovering the ragged folk-blues of Neil Young. In fact, Teenage Fanclub wants to rehabilitate the 1970-75 period, long deemed according to the punk version of rock history) a barren zone of indulgent, progressive rock and blues-bore flatulence.

"I was really into punk when I was young," says Blake. "But, looking back, I resent the fact that I was never allowed to listen to Neil Young and other great music from the early Seventies. Punk was totally Stalinist, 1976 became year zero. If I listen back to the stuff I liked during punk, groups like The Cortinas, it sounds really terrible."

It got worse. "Post punk, the idea of music that felt good, that was emotionally and physically satisfying, was absent," adds McGinley. "Groups were all about being ideologically correct. The more difficult-sounding you could make a record, the better. That's a very British mentality, starting with a concept, rather than doing what comes naturally."

Another part of the appeal of 1970-75 is that grungy guitar rock was part of the mainstream, not a period genre kept alive in the indie sector. Even pop was rock, with the glam and glitter of Mott the Hoople, The Sweet, Slade, all of whom were far more raucous than today's chart pop.

Teenage Fanclub rather like the idea of being a Seventies-style Big Band. "We love the Rolling Stones, but we can see the absurdity of their lifestyle," says McGinley. Their new LP, Bandwagonesque, plays ironically with the idea of rock stardom. Songs such as 'The Concept' and 'Metal Baby' are about diehard fans and groupies. "We totally admire the obsessiveness of metal fans," says Blake. "And we like the way metal bands are aware of their own absurdity, and exaggerate it."

Teenage Fanclub's early-Seventies revisionism has been confused in some quarters with mere revivalism. "It's absurd," says Blake. "Any music that doesn't sound like anything else in rock history always sounds terrible." "People who expect rock 'n' roll to reinvent itself every few years are really misguided," adds McGinley. "There's no such thing as a completely original band. Music’s been going for thousands of years, and there are traditional structures that recur."

Teenage Fanclub's rock fundamentalism has made the group a rallying point for all those who resent the current dominance of dance music. Unlike many of their peers, Teenage Fanclub have not leapt on to the indie/dance crossover bandwagon. But the group is not actively hostile to acid-house music. Drummer Brendan O'Hare is even involved in a dance-orientated sideline project. "But I'd never want to introduce those rhythms into our music. If I go to a club, I like to hear music that's just bleeps and doesn't mean anything, but sounds great when it's pounding out of these huge speakers. At home, that music doesn't work."

Teenage Fanclub are adamant that rock 'n' roll is far from dead or displaced by dance music. They believe that a rock band with guitars and a live drummer can provide something that programmed rhythms cannot – the right ‘feel’, a sense of musicians grooving together.

Geffen Records has signed the group for a hefty advance, and expects them to be big in the States, following its success with equally abrasive bands such as Sonic Youth and Nirvana. "We quite fancy playing stadiums," admits McGinley.
Posted by SIMON REYNOLDS at 7:54 AM